Sorry to disappoint you. This post is not about a book or an essay by the philosopher, writer, composer and botanist of Suisse-French origin, Jean-Jacques Rousseau (1712-1778). It’s all about another attractive aspect of the Loire Valley: wine!

Noble Joué is one of the lesser known Loire wines. It’s produced by only a dozen wine growers situated between two of the Loire River’s tributaries: the Cher and the Indre. They are scattered over 5 villages south of Tours: Joué-les-Tours, St. Avertin, Chambray, Larcay and Esvres. 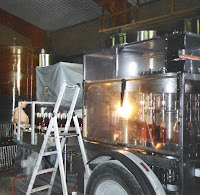 We visited ‘Les Frères Rousseau’, who probably are the most prominent producers of Noble Joué in Esvres, in 2006. Bernard and Michel are the forth generation of a family that has been producing Noble Joué since the end of the 19th century. The wine itself goes way back in time. It is said that this ‘vin gris’ could already be found on the table of Louis XI.

At ‘Rousseau Frères’ , it being a family business, we were warmly welcomed by Catherine, wife to one of the two brothers. Besides the traditional tasting session, she showed us around the winery, where they were just in the middle of bottling last year’s (2005) production. Then she took us on a guided tour of some of the vineyards, explaining and showing us the difference between the different Pinot grapes.

Besides Touraine Noblé Joué, the ‘domaine’ produces a. o. a pleasant red pinot noir, a Malvoisie, and a very attractive pink ‘bubbly’: Brut Sensation, made according the famous ‘Méthode Traditionnelle’. We tasted all of them … and, of course, couldn’t resist buying several bottles. Mrs. Rousseau senior makes her own hazelnut oil … and we bought a bottle of that too. It‘s great for flavouring green salads.

It was almost lunchtime, and we had already bought the food for our picnic that morning at the covered Halles in Tours … all except for the wine. When we asked Catherine whether she would sell us a bottle that had already been cooled, she immediately grabbed one out of the fridge. ‘It’s on the house’, she said handing us the already opened but still full bottle. And then she showed us on a map where we could find a sunny picnic area on the banks of the Indre river.

As all wines, Noblé Joué should be drunk with moderation. Especially as it has a very high alcohol content up to 13,5%. It’ll make you tipsy before you know it.
Posted by ladybird at 08:00

Very interesting, Martine. I have read about Noble Joué before but I thought it wasn't much made any more, since Tours has expanded its urban area over the land that used be used for grape-growing. I'm glad to know it's still available. Now I'll have to take a trip over to Esvres to try it. Ken

Hi Martine! Your blog reads beautifully... are you saying that English is NOT your first language??? Can't be! Your writing reads completely naturally. Very interesting post, too!
Judy

Ken, please do visit Esvres. But be careful ... Noble Joué can be very tricky, but certainly worth the detour.

Judy, thanks for reading my blog and posting a comment. You are too kind when you say that English can't be 'my first language'. It really is, and I'm convinced that you'll get more proof of it in the future :)). Martine

Martine, where did you go for your picnic on the banks of the Indre? We think the Indre is the most charming river we've seen in France (so far). I'm enjoying your blog so much.

Carolyn, If my memory serves me right, the picnic area was in Reignac-sur-Indre. Coming from Esvres, after crossing the bridge over the Indre, you'll see a parking lot on your left. At the first Y-turn, take left. Some 100 to 500 m ( my memory fails me!) on this road, on your left, you'll see a small road leading down to the river bank. There are 3 tables, two of which are near the edge of the river. Enjoy your next picnic!

Carolyn, Sorry, the parking lot is on your right afer crossing the bridge. Mea Culpa! 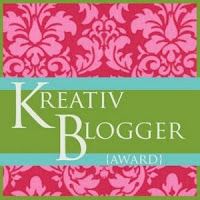